Sight and Song Augmented: Painting and Poetry in Mixed Reality

Sight and Song Augmented: Painting and Poetry in Mixed Reality is an experiment in using augmented reality (AR) as an inter-medium to bring together poetry and painting. It remediates the poetry of Michael Field, which was the pseudonym of two late-Victorian women (Katherine Bradley and Edith Cooper), aunt and niece, who spent their lives together and collaborated on plays and poetry. 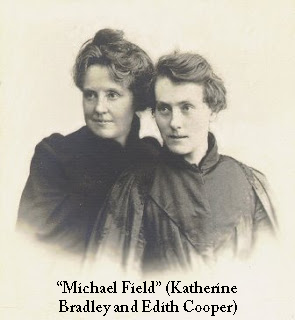 Sight and Song is an 1892 collection of poems written about, indeed verbally translating, a selection of paintings by the Old Masters, such as Giorgione’s Sleeping Venus and Bartolommeo Veneto’s Bust of a Courtesan. The rhetorical label for this kind of writing is ekphrasis (a verbal representation of a visual representation), and in our multi- and new-media age, this figure has been resurrected as a theoretical term for capturing both the facilitation and conflict at the intersection of the verbal and the visual; for more context, see the entry on ekphrasis provided at the Chicago School of Media Theory.

In recent years, as neglected Victorian women writers have been incorporated into the literary canon and the interconnections between the verbal and the visual have been explored by scholars and philosophers, there has been a resurgence of interest in the work of Michael Field in general and in this collection of poems in particular. Sight and Song has been the subject of more than a half dozen articles, including three that discuss the potential of a digital presentation of this text as part of the future of Victorian poetry. In making the case that “the possibilities [for hypermedia sites of Victorian poetry] are immense,” Ana Parejo Vadillo imagines such a site specifically devoted to Sight and Song and its intermedial links: “A hypertext of Michael Field’s Sight and Song of the type I have outlined here would be not just an act of interpretation; it would also be a poetic installation. . . . Moreover, [ . . . ] in this medium words function as passageways, as paths between texts” (535). In Dreaming by the Book, Elaine Scarry echoes these thoughts when reflecting on the function of ekphrasis throughout cultural history. She describes it as “perceptual mimesis under instruction” -- the rhetorical trope that positions the writer and reader of the ekphrastic text in a tutorial relationship, and she argues that the imagining of a scene under the direction of a great writer “closely approximates actual perception” (6).

After thinking for some time about producing a digital edition of Sight and Song, the researcher discovered that that task had already been accomplished by Dr. Sarah Kersh (Dickinson College) with her fine website The Poems of Michael Field. He had already been investigating the potential of augmented reality as a writing technology and decided that an AR application performing the poems of Sight and Song in response to the artworks would embody the multimodal nature of ekphrasis, an intuition that was confirmed by reading Cecilia Lindhé’s essay on digital ekphrasis, and that it might also serve as a useful adjunct to Dr. Kersh's website, The goal of Sight and Song Augmented is to create performances of Michael Field’s poetry that highlight, in Lindhé’s words, “the interaction between visual, verbal, auditive and kinetic elements in digital literature and art” (Par.13).

At this Digital Commons site, you will find the following: PRIVACY POLICY for Sight and Song Augmented Android Application:

Demo of "St. Jerome in the Desert" in the National Gallery (London), Robert P. Fletcher

Demo of "Venus, Mercury and Cupid" in the National Gallery, Robert P. Fletcher

The Blood of the Redeemer, Robert P. Fletcher and Anna M. Evans